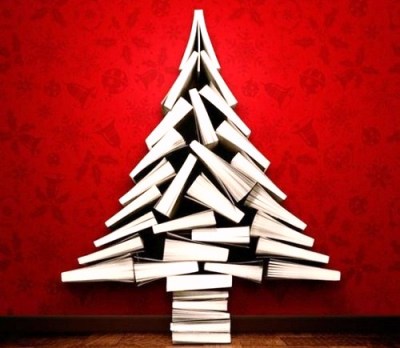 MERRY CHRISTMAS TO ALL MY READERS – ENJOY THE HOLIDAYS

Inspire!: Toronto Launches New Book Fair in 2014
Inspire!, a four-day Toronto International Book Fair, will make its debut next November at the Metro Toronto Convention Centre. News of the fair’s launch comes just three months after the release of a feasibility study, funded by the Ontario Media Development Corp., which raised the tantalizing prospect of a reimagined Toronto book fair after six years without one.”

Steven Levy, a “master of big consumer trade shows, has partnered in the venture with Rita Davies, former executive director of culture for the city of Toronto, and publisher John Calabro of Quattro Books, according to the Star. Levy noted that while the show partially fills a gap left by the demise of BookExpo Canada, Inspire! will be 80% public and about 20% for publishing industry insiders.

“In Toronto we have a large audience with a serious interest in both print and digital subjects,” he said. “And we have a highly diversified society, with many different languages and cultures. Our challenge is to create a number of unique events that will be entertaining and educational, and engage this audience.”
.

Kobo to Raise Revenues for Authors
e-Book retailer Kobo is raising the minimum price for an e-book to qualify for 70% royalties from $1.99 to $2.99 and has dropped the upper range limit of $9.99, this way DOUBLING the revenue offered by Amazon’s Kindle on higher-priced e-books. The change represents a 50% increase as, previously, to qualify for 70% payments, an e-book on Kobo Writing Life had to be priced between $1.99-$12.99, with the royalty dropping to 45% for e-books outside that range.  In comparison: Amazon pays 70% royalties on e-books priced between $2.99 and $9.99 and 35% outside that range.  It looks like a move that could attract a new wave of authors to Kobo, especially those with high-end e-books, such as text books and “coffee-table” books or those with lots of images.

The minimum prices internationally to qualify for 70% e-book royalties from Kobo are:

Kobo takes e-Reading to a New Continent
World-Class Platform Now Available to South African Consumers :
Kobo brings eReading to South Africa through its partnership with Pick n Pay, one of the largest and most successful retailers in the country. Not even a month after partnering with the New Zealand Booksellers Association and Paper Plus, Kobo brings its world-class e-Reading experience to people in South Africa, with the award-winning Kobo Touch e-Reader and a localized online customer experience.  Local content is also available in both English and Afrikaans, including works from authors such as Deon Meyer, Leon van Nierop and Tess Gerritsen.

If you would like to get more support in all things publishing, have your book intensively promoted and learn how to navigate social media sites – or to learn how you can make yourself a name as an author through content writing: We offer all this and more for only $159 for three months! Learn more about this individual book marketing help: http://www.111Publishing.com/Seminars
Or visit http://www.e-book-pr.com/book-promo/
to advertise your new book, specials, your KDP Select Free Days or the new Kindle Countdown Deals.

Please check out all previous posts of this blog (there are more than 960 of them : ) if you haven’t already. Why not sign up to receive them regularly by email? Just click on “Follow” in the upper line on each page – and then on “LIKE” next to it. There is also the “SHARE” button underneath each article where you can submit the article to Pinterest, Google+, Twitter, Facebook, Tumblr and StumpleUpon.
Thanks a lot for following: