RSS
← Do You Have Your Own Amazon Website?
With a Little Help From Your Friends… → 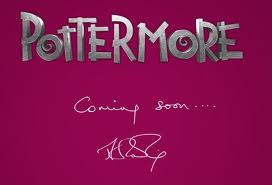 Amazon said it made a distribution deal with J.K. Rowling’s new website, Pottermore.com, which allows customers to read the Potter series e-books on Amazon’s Kindle e-reader and Kindle Fire tablet.

Similarly, Barnes & Nobles made a deal that allows its Nook e-reader and tablet customers to buy Harry Potter e-books through the Pottermore Shop.

Although financial details were not released, analysts said Amazon likely accepted a smaller cut than 30 percent of the sale price of the Harry Potter e-books.

The deals suggest the companies made big concessions with author J.K. Rowling for electronic access to her bestseller series. But both companies will take a hit as they have to send customers away from their websites to Rowling’s Pottermore.com, which will be able to gather valuable customer information.

← Do You Have Your Own Amazon Website?
With a Little Help From Your Friends… →