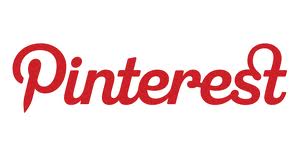 The wildly popular, two-year-old social bookmarking website Pinterest has gained over 13 million users in less than a year and is gaining naysayers just as quickly due to copyright issues.  Usually, the “pinning” action should automatically link back to the original source of the pin.  However, pictures are often not credited when people save photos to their desktop and upload them onto a Pinterest board from there.

Pinterest users love to share images with each other, since this is all about the new site.  Sometimes (and I privately estimate: most of the time) sharing could run potentially into trouble – due to copyright infringement.

Flickr has blocked users from sharing certain images on Pinterest and confirmed their use of the “non-pin” code.  This code is applied to all “non-public/non-safe page or when a user has disabled sharing of their Flickr account.

Pinterest reminds users to credit all sources and has recently released a code in their help section, which companies can copy and paste into their websites to block the pinning of content from their sites to personal pin boards, prompting a message with each pin attempt that states: “This site doesn’t allow pinning to Pinterest. Please contact the owner with any questions. Thanks for visiting!”

Pinterest is also currently following the Digital Millennium Copyright Act, and will remove any image that someone claims is violating copyright laws.

Josh Davis of LLsocial.com points out that 99% of the pins on Pinterest are against the company’s own Terms of Service. Pinterest states that when users pin items, this indicates they are either the exclusive owners of the material or someone has granted them access to re-publish content.  Davis says Pinterest, won’t be the 2012 version Napster – shutdown for copyright infringement in 2001 – because “everyone loves Pinterest” and images. Even if the pins are not credited, Pinterest drives traffic back to the original source.

Guaranteed no problems with copyright would authors and publishers have, pinning the cover images of their books onto Pinterest.

Publishers with hundreds or even thousands of book cover images could pin their whole catalogues. But I haven’t seen many books yet on Pinterest.  I am wondering why they don’t use this free “advertising”…

Posted by ebooksinternational on March 4, 2012 in All things Legal, comment on posts, googling social, join the conversation, Marketing, post to public, posting