RSS
← Is It A Good Idea To Be A Freelancer?
How To Promote Your Book To The Kindle Community →

Our annual Christmas letter to family and old friends had big news wrapped inside the good wishes. “Ho, ho, ho, Margaret is entering the revolutionary post-Gutenberg world by publishing an e-book!” 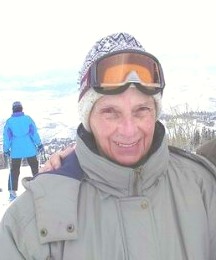 They all knew my parents’ romantic story and had lavished praise on the print version. I couched this as a genuine seasonal message but must confess visions of five stars beside my title in the sales catalog were dancing on a hidden agenda inside my head!

My connections are not pushovers; they are mostly hardy, elderly folks, not intimidated by Amazons and they expect to get into heaven without a password. Still, I needed to line up reviewers even before my book was published so I made a polite suggestion and gave simple instructions on ‘how to submit a review to Amazon’ in a straightforward way.

Two months later my book is in the hands of 4,593 readers who likely made their final decision after they saw the 4+ star ratings. The Internet-savvy on my list (a niece, a second cousin-in-law once removed, a new friend and the 85-year old Wilderness Wanderer) immediately submitted five-star reviews.  Several octogenarian college friends, one of them almost blind, struggled or got help but managed to do me this favor.

A Christmas letter requesting reviews may be a little out of order, but my friends who used it as a chance to update their brains found some joy.

← Is It A Good Idea To Be A Freelancer?
How To Promote Your Book To The Kindle Community →